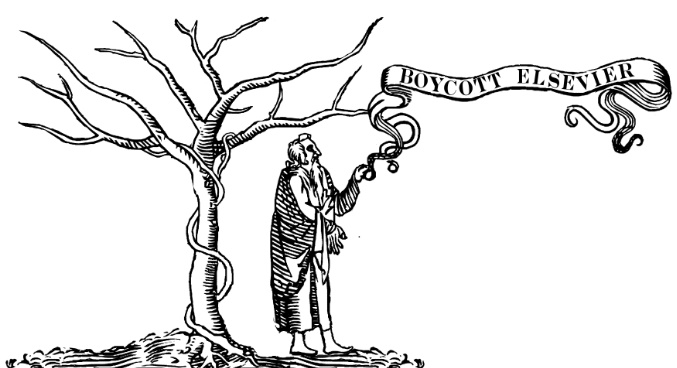 The move is a show of support for Project DEAL and the open-access movement.

The Max Planck Society, an enormous German research organization 14,000 scientists strong and comprising multiple research institutes, has ended its subscription to Elsevier journals, the organization announced in a statement this Tuesday (December 18). It did so in support of the German open-access initiative called Project DEAL, after unsuccessful attempts to negotiate an open-access agreement with the publisher. The organization’s digital library will no longer have access to Elsevier’s approximately 2,500 journals, including The Lancet and Cell, once the subscription expires on December 31.

“The system of scholarly publishing today is a relic of the print era, and we want to activate a real paradigm shift in order to finally utilise the opportunities of the digital age,” says Gerard Meijer, director of the Max Planck Society’s (MPS) Fritz Haber Institute and a member of the DEAL negotiating team, in the statement.

Project DEAL aims to make articles open-access in exchange for article-processing fees for authors, as Times Higher Education reports. But Elsevier refuses to accept a contract in which German researchers would have free access to articles published by authors in other countries where they do not pay article-processing fees. Project DEAL suspended negotiations with Elsevier this July, according to Times Higher Education.

MPS publishes about 1,500 articles per year in Elsevier journals, according to the release. “As both producers and consumers of the research articles circulated through their journal platforms, we have the leverage to demand a system that meets the needs of our researchers, and by adopting these transformative agreements, we will be able to achieve our society’s goal of publishing the vast majority of our researchers’ articles open access in a matter of a few short years,” says Ralf Schimmer, deputy general manager of the Max Planck Digital Library, in the statement.

This move by MPS follows the cancelation of Elsevier subscriptions by nearly 200 German universities and research institutions in the last two years, alongside similar cancellations in Sweden. And it’s in line with Plan S, a requirement by a coalition of research funders, now numbering 13 in Europe and in the US, requiring that starting in 2020, researchers receiving funds from the organizations make their publications open-access, as The Scientist reports. After losing access to journals this July, universities in Germany in Sweden have relied on other means for accessing articles, such as inter-library loan and emailing study authors directly.

See “Plan S: The Ambitious Initiative to End the Reign of Paywalls”

“We regret that–despite all our efforts–Project DEAL has unilaterally suspended negotiations with us after our last meeting in July,” Tom Reller, vice president for global communications at Elsevier, tells Times Higher Education. “We remain open for talks and committed to reaching a compromise with Project DEAL about a national license for the benefit of German research.”